#1 by Duo
Nar Shaddaa was released 9 years ago. I still have the .map file and would consider revisiting this map for some updates. What gameplay changes would you like to see?

I think the main complaint is obviously the spamminess of the stations; I would probably figure out a way to add second entrances or something to make them less chokepoint-oriented, or at least make it less advantageous for defense to camp. Probably make it harder for them to insta-shield as well. I would also update its 2010 classes to follow 2019 standards more (non-Bespin, that is -- lol).

#2 by ghoul
What can i say...
Classes are fine to me, there is no need to change anything.
Obj's 1 & 2 are ok.
Obj 3/4 you could just leave main door where is offense spawn and remove wall and doors which leads to defended area before stations. Area would be a little more open. This could do the job.
Obj 5/6 are ok.

#3 by Grab
Repeater for assault?

Edit: why not upload its look?
Spoiler 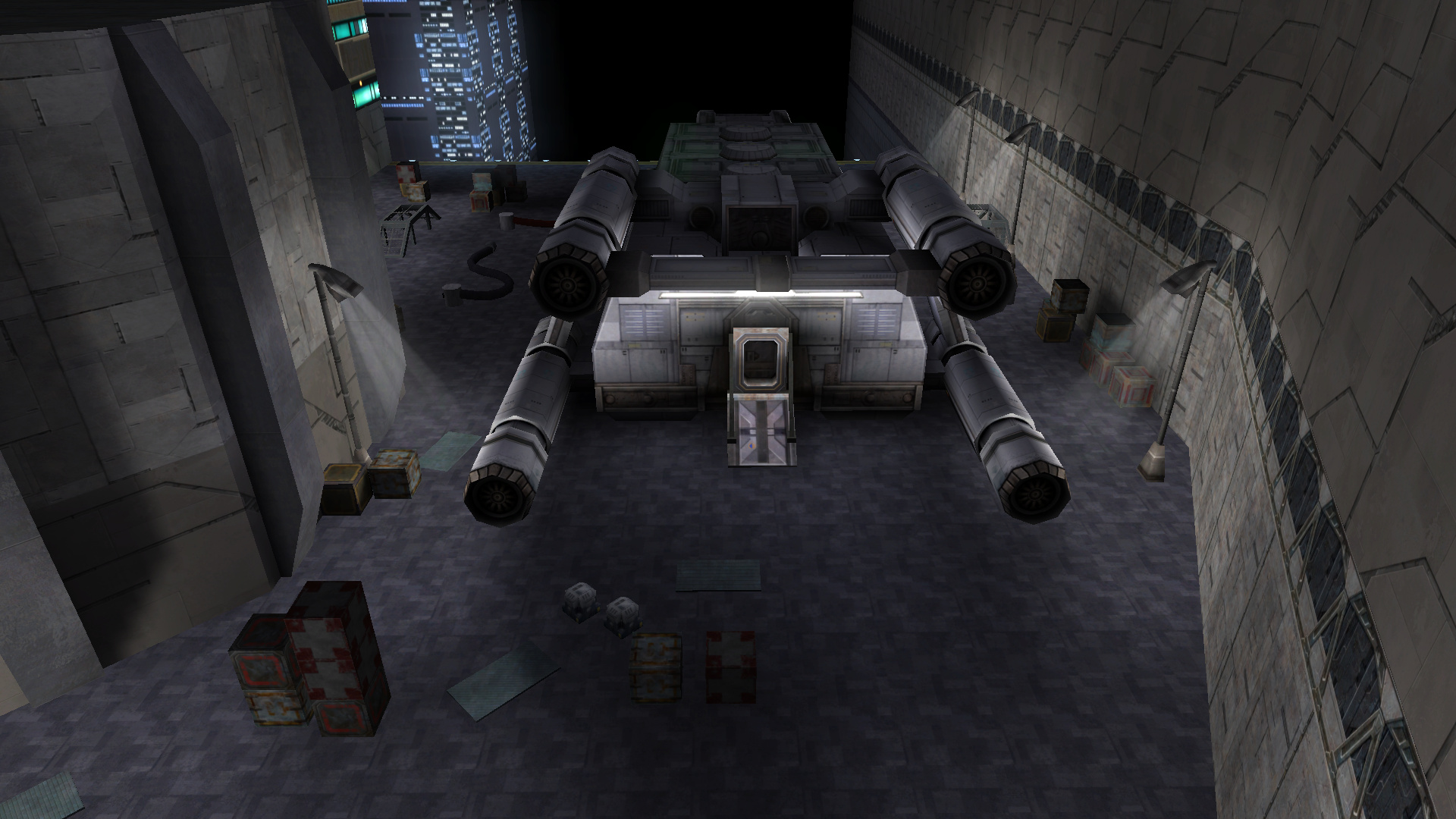 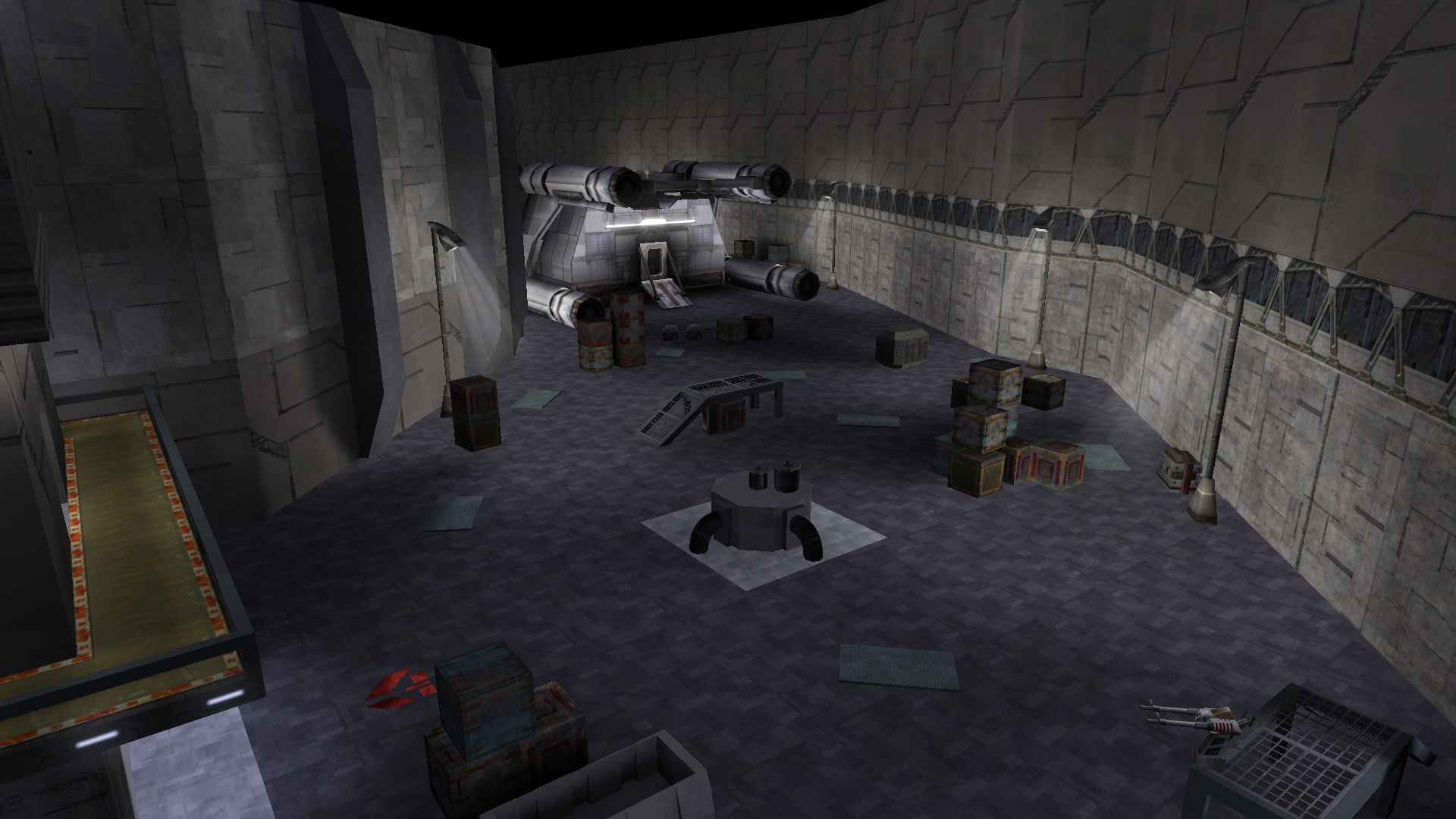 #4 by hannah
Nice, I'd welcome some changes!

I'm adding my support for giving O Tech E11, it is a must have.
I'm also all for giving assault repeater, my love for assault classes is probably well known at this point.

I think first obj is good, I don't really have any issues with it.
Second obj: I think it is a bit too easy for defence to go up to the armour generator and use it for a couple of seconds before the attackers get close. I'd move it a bit further back, but other than this, I think this obj is also fine.

Third area:
Fourth obj: I think obj is decent, but I'm personally not too fond of the super open area, where you can easily be demped. Also the hack "bunker" feels a bit weird: it is built by super thin walls, I'd change that, but that's purely just personal preferences.

Final obj: I dislike how much the attackers get punished when D Demo is allowed to fully shield up. Although maybe if O Assa receives repeater it will be easier to counter.

Onasi wrote: I'm adding my support for giving O Tech E11, it is a must have.

#6 by Black
Having considered this for a bit and it being pretty much my favourite map since 2011 I'll throw in my piece. In my own view the classes are the classes, they work as they are, balanced teams have a good opportunity on both rounds. Even offence tech is a highly useful class without alteration, there is the view that a class without the ability to damage an objective (E11) is outdated but I fundamentally disagree: it's a sacrifice. Assault only having golan is too a sacrifice; the unfreezable class is harder to aim at a specific location this is good. In this map the weapon can be made very useful by carefully placing and timing your shots into small areas but in a 1v1 with a defender you deserve your death siege is a team game play as one.

Now on to the 3rd area and the only one I believe is in need of change. Personally I like the main area it's an advantageous position to hold and it keeps the fighting away from the stations. However, camping a station has become a mainstay of the objective, this is wrong. This should be a poor main tactic and a possible last ditch attempt nothing more. There is no way in a 2v2 game a defender should have his main position behind the shield of a tech in such a fashion. It's a byproduct of "legal" doorspam pure and simple. Now how to fix I do not know and do not care, you will go your own way about it should you decide to change the map and that is how it should be I have no specific suggestions so I won't offer advice as it would be pointless. I have commented before on the rise of mod allowed doorspam and it's a dead horse I shall no longer beat. The mod is better than the alternative but perhaps this also involves a new kind of objective. Distractions, and taller and wider doorways are the order of the day.

#7 by Black
Just as an aside I think Grab's remodel makes it look a whole lot worse.

#8 by Black
I know I said I wouldn't bother giving advice but the 3rd area's defence spawn's proximity to the doors does offer a rather draconian punishment to killing the tech.

Re: Kata moves
Some of them are useful. What would you rebind them to, anyway? Revolutionary idea but maybe just make them togglea
Black, Fri May 29, 2020 2:40 am

Re: Kata moves
None of them is iseful because they waste your force (epic idea), stop you from regenerating, make you vulnerable and us
Grab, Wed May 27, 2020 7:12 pm